The Sümerbank Goddess an installation of recent works by Suzan Batu and is open by appointment through August 15th by calling in advance 212-358-0028 to make one. 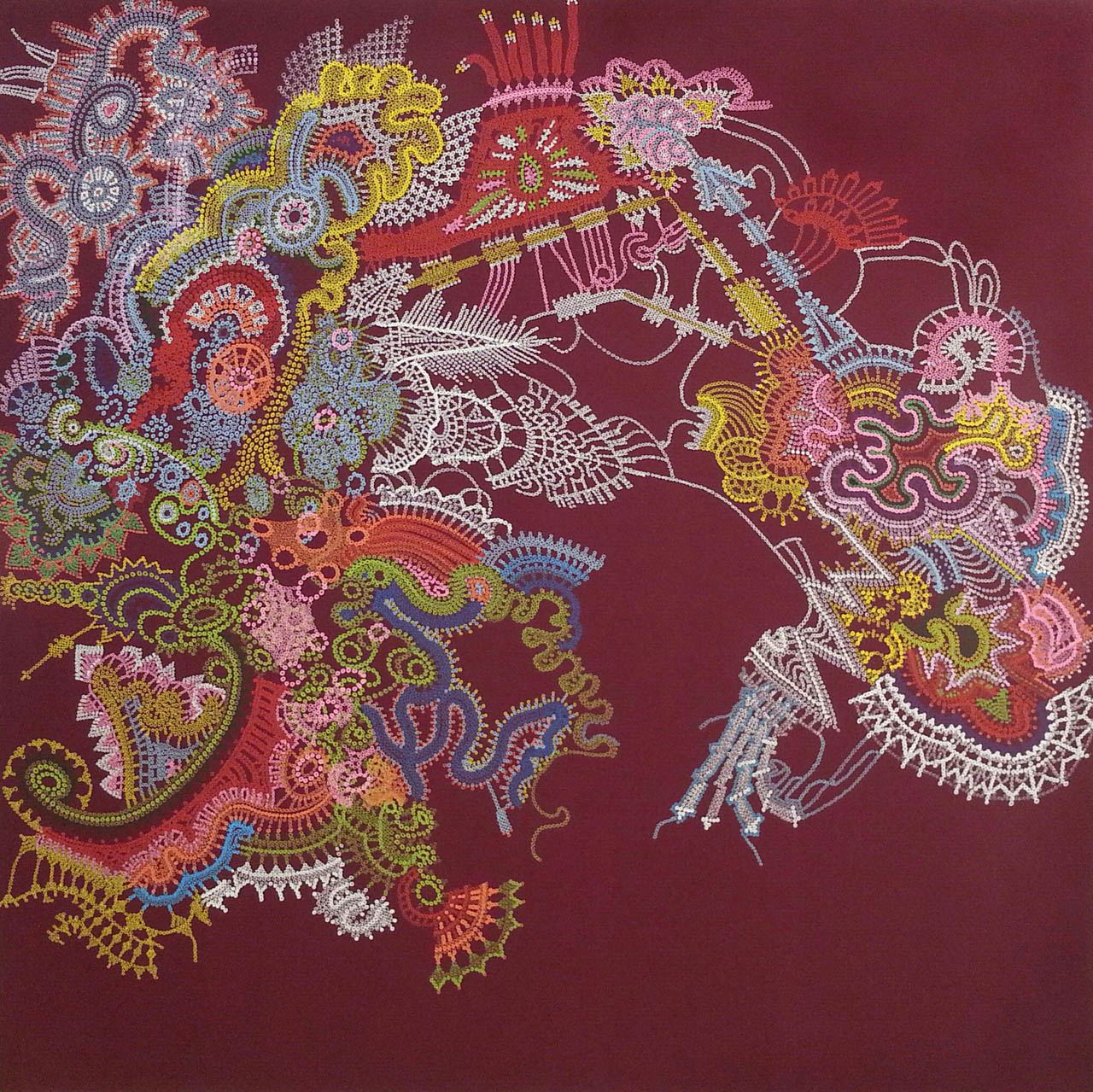 In Turkey where I grew up and now live, Sümerbank was a store which existed until the 80s. Everything you were supposed to need was sold at this store and nothing more. Back then we had a closed economy so no consumer goods were imported and Sümerbank did its best to fill all the gaps. The products were cheap and very durable and well made. But not fashionable. The fabrics I have used in this show are exclusively from that store. They were worn by everyone rich and poor.  Many generations grew up with it and everyone belonged to my generation remembers each one of these fabrics and has memories of many people they loved who wore it even though at the time all we wanted were the western things like jeans and sneakers which we tried so hard to buy on the black market. Sümerbank was not cool or fashionable nobody wanted it. The fabrics I have used here are iconic and were worn by women who were invisible to the male gaze as well as to mainstream media. They were never in any fashion magazines. They were invisible as women.  So I decided to honor their memory and create goddess images out of what they wore.

I am continuing to be inspired by fabrics and all kinds of needlework - combining these with large scale marbling on paper as well as designing goddess outfits. I am interested in products of so called “women’s work” translated into painting and abstracted. Suzan Batu